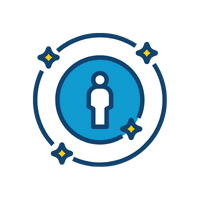 With GCOM’s Pay or Dispute Parking App, NYC’s Department of Finance (DOF) provides a mobile channel that makes paying and requesting hearings for parking and selected traffic violations faster and easier for metro New Yorkers. And, with support for multiple languages, the process is more efficient for DOF workers.

The New York City Department of Finance (DOF) collects over $30 billion annually in revenue for the City of New York. Each year, the City issues between 8-10 million parking tickets and collects between $550-$600 million in annual revenues from base fines and penalties on these violations. Approximately 1.5 – 2 million of these tickets are adjudicated by DOF’s Adjudication’s division each year online, via mail or in-person. Vehicle owners may also submit evidence through any of these channels.

DOF wanted to increase those capabilities to include an option for paying or adjudicating a ticket via mobile devices such as smartphones or tablets that will incorporate mobile-specific functionality, such as using the device’s camera to capture ticket information and evidence used in hearings.

With the app New Yorkers can:

The app now processes more than $120M NYC parking ticket payments per year​. It’s also won the Center for Digital Government City Government-to-Citizen Experience award and has received over 235,000 user ratings and reviews with an average user review of 4.7 out of 5 stars.